This Whole30 Bison Sweet Potato Hash is the best better for you hash on the planet. It has crispy sweet potatoes and veggies, lean bison and the perfect blend of spices. 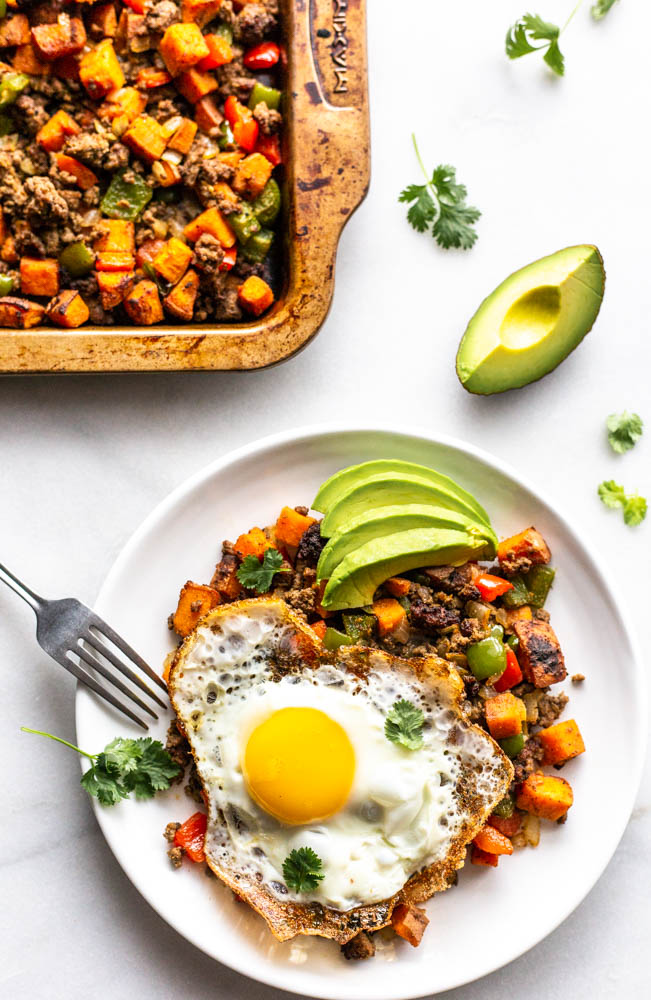 So, the longer I’ve been blogging, the harder it seems to get. Every single job has it’s ups and downs and sometimes, the more you know the more you’re like CRAP – I have a loooong way to go. But I think what sets some people apart is how they deal with things in adversity. It’s really easy to throw in the towel, to have a really sucky attitude, and I’m half writing this because this evening (that I’m writing on) has been about as fun as coming across a giant snake while you’re driving the poop wagon (this has happened to me in real life when I worked on a farm). And I kind of want to pout and admit defeat but gosh darnit – it’s almost 10:30 pm and I. AM. NOT. THROWING. IN. THE. TOWEL.

I’m going to talk to you about Whole30 Bison Sweet Potato Hash because it’s awesome. So HA! 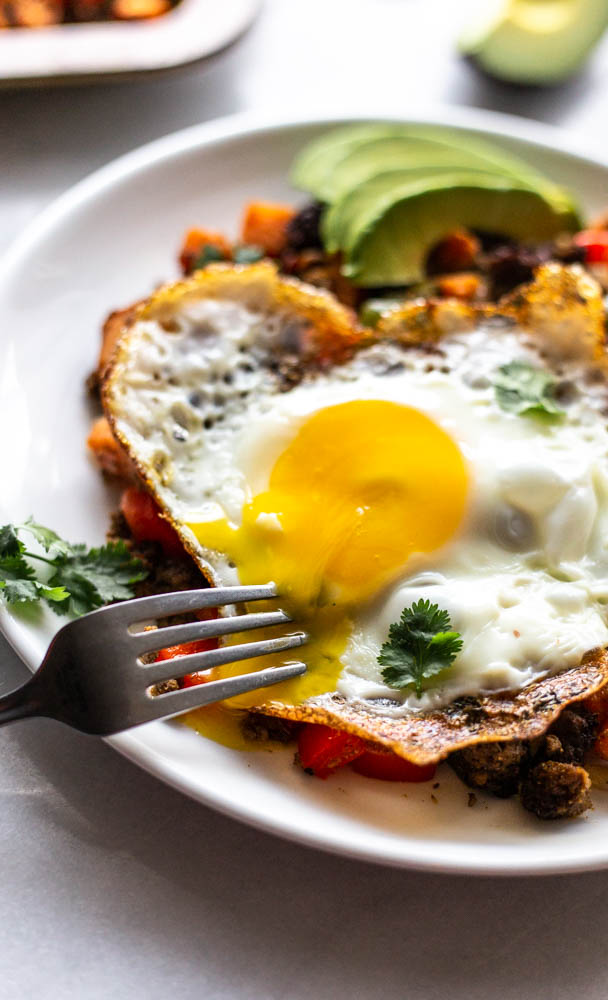 No joke tho, this is dat good good. I worked very hard for you to get that kinda crispy kinda sticky hash edge that we all know is the real deal. I love the sweetness of the sweet potato in here and how it plays with that slightly more gamey ground bison that is all daaa rage these days. And for good reason, it’s a delicious, lean meat. 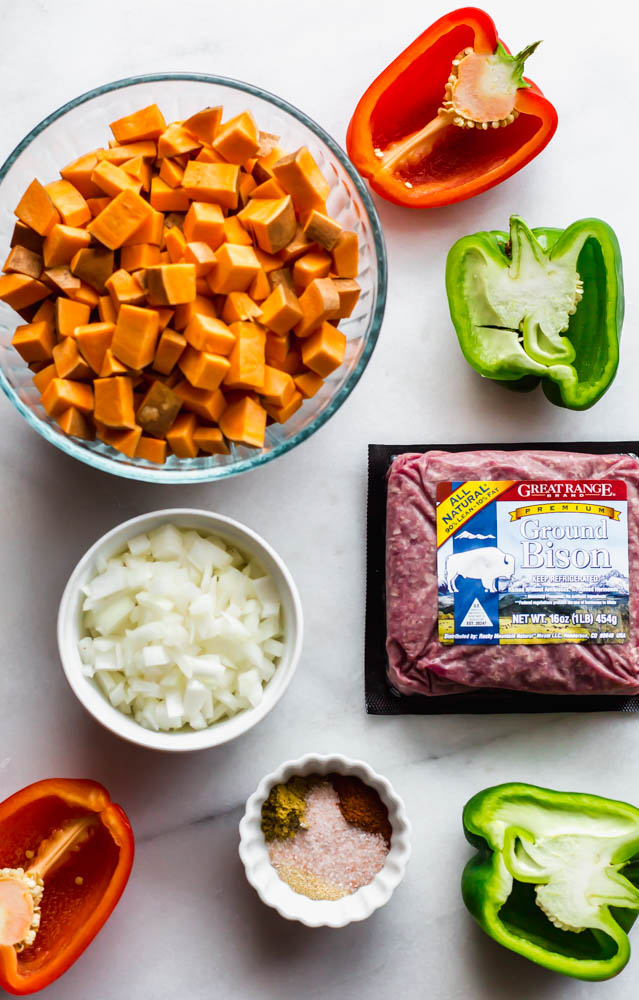 I sauteed the sweet potatoes and then added the veggies to cook everything well before adding the crisp. 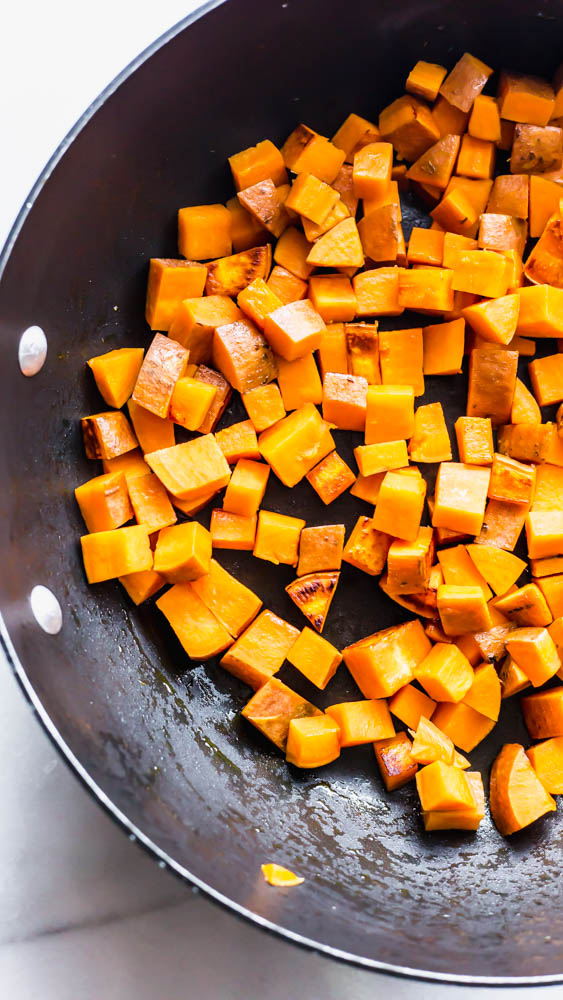 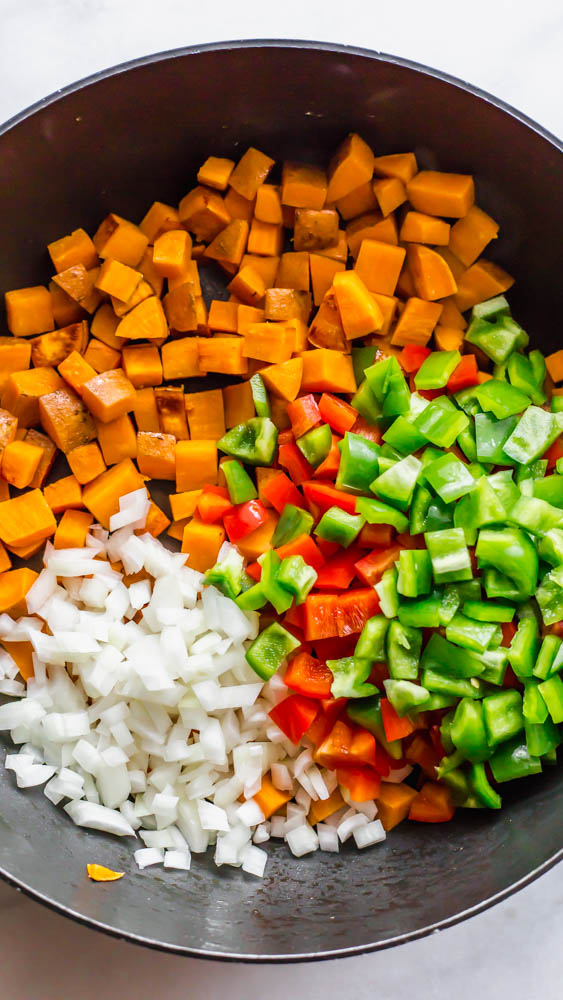 And then, I mixed it all together and broiled it a bit on a baking sheet. 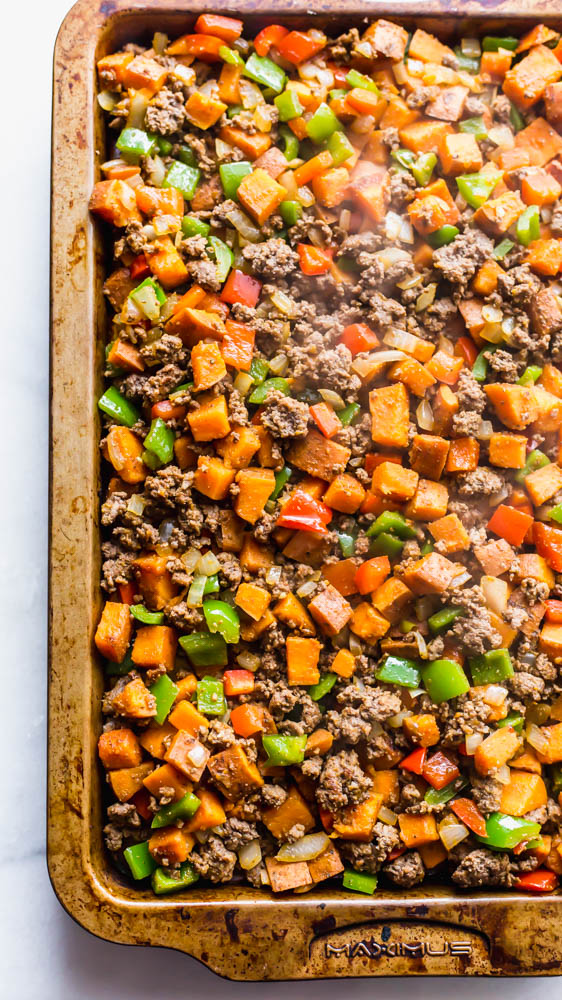 Here’s a picture of a bison that I took. 10 minutes later J drug me out of a field because I got too close (we saw them on our honeymoon). So, yeah! 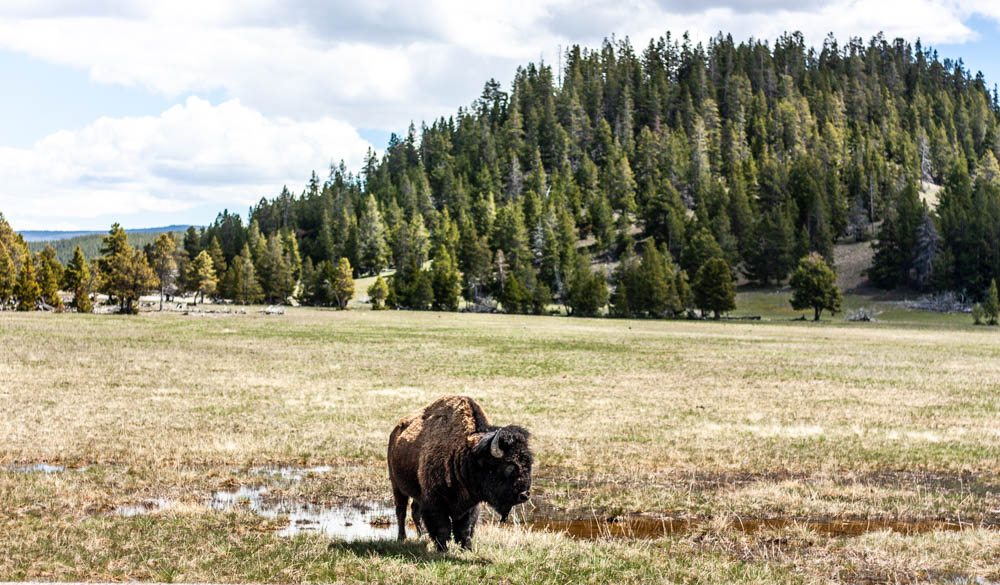 Cool, back to hash. Top with a fried egg and voila!! 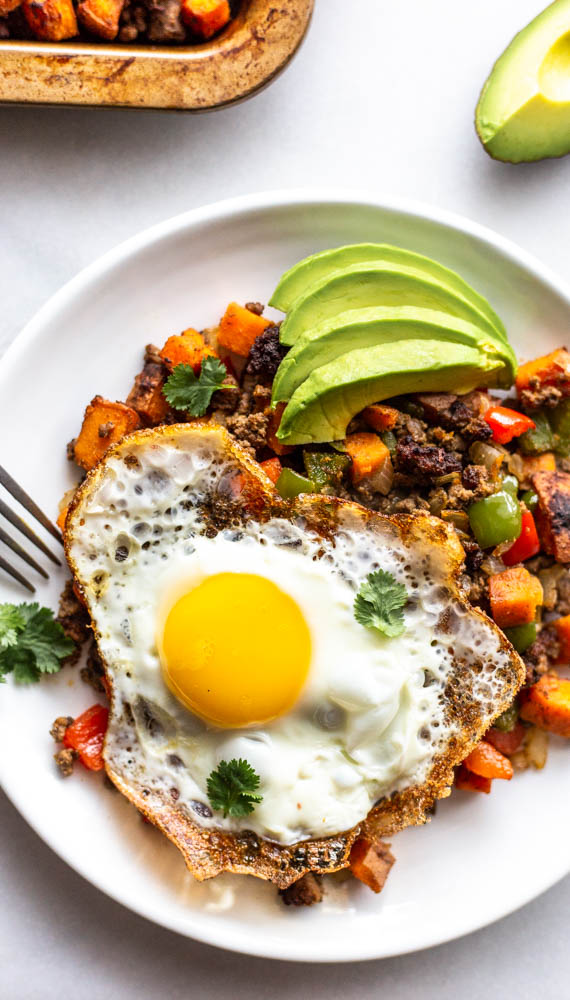 On my Instagram page, all y’all cutie friends (or like 80%) of you said you wanted a chunky hash like this so I delivered! My hubby is still begging me to make it like a shredded pancake, so I’ll update when I do! Anywho – here’s to hash & whole30! 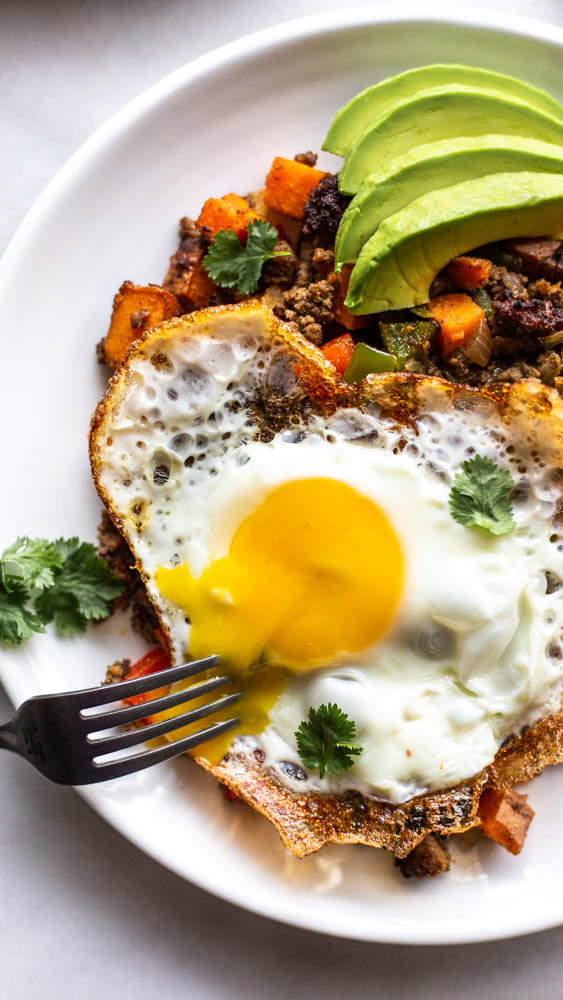 If you want more Whole30 recipes, check out this page! It’s got all my faves.

This Whole30 Bison Sweet Potato Hash is the best better for you hash on the planet. It has crispy sweet potatoes and veggies, lean bison and the perfect blend of spices.

Sign up to get the latest and be the first to know about recipes.